If you're fascinated by the life and work of Michelangelo Merisi, then you'll love our Naples Caravaggio Tour! You'll tread the same paths explored by this artist in Naples' historic centre and discover the symbolic places impacted by his presence in the city. 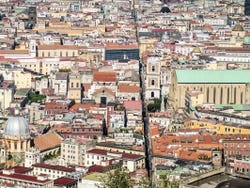 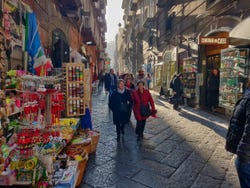 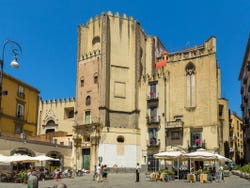 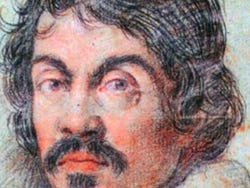 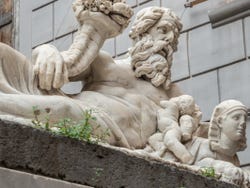 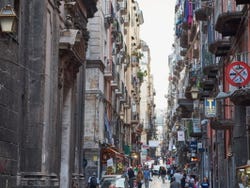 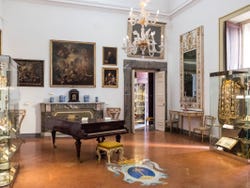 At the scheduled time, we'll meet in Piazza del Gesù Nuovo, one of the most symbolic places in the historic centre of Naples. From here, we'll begin our tour around the places where Michelangelo Merisi, also known as Caravaggio, stayed in Naples. This great Italian Baroque artist spent eighteen months (between 1606 and 1610) in the Neapolitan city, leaving behind some extraordinary masterpieces. Off we go!

We'll start by exploring Spaccanapoli, the famous street that cuts through Naples and runs from the Quartieri Spagnoli to Forcella, until we come to the Basilica of San Domenico Maggiore in the square of the same name. For the decoration of a chapel in the basilica, Caravaggio painted The Flagellation of Christ (1607), a work now in the Capodimonte Museum. This painting is famous for its masterful rendering of light, which illuminates Christ and sculpts the bodies of the four subjects. We'll discuss this incredible work of art and unveil the details behind its creation.

Afterwards, we'll continue walking through the Piazzetta Nilo and via San Gregorio Armento and Tribunali until we reach the Pio Monte Della Misericordia. Here, we'll see The Seven Works of Mercy, an oil painting created by Merisi between 1606 and 1607 and commissioned by Luigi Carafa Colonna. We'll talk about the relationship between Caravaggio and the Carafa family, which goes beyond the commission of artwork and is shrouded in mystery...

Following our visit to the halls of the Pio Monte Della Misericordia (ticket not included), we'll have a lovely coffee and a Neapolitan cake in a bar in the centre, where our tour will end.

All of our providers comply with recommendations to avoid the spread of Covid-19. Please check local restrictions before traveling.

The activity takes place with a guide that speaks in English and Italian.

Coffee tasting and a Neapolitan dessert.

Hotel pick up and drop off.

US$ 33.90
No hidden fees or surcharges
Free cancellation up to 24 hours before the service starts
Book

9.40 / 10 296 reviews
Legendary stories of Ancient Greeks and Romans await you on this free walking tour of Naples Old Town. Explore the city's most historic streets!
Free!
Book
like

8.90 / 10 452 reviews
Rural landscapes, dreamy beaches and stunning cliffs... discover Sorrento and the Amalfi Coast, and allow yourself to be seduced by one of the most beautiful areas of the Mediterranean.
US$ 96.20
Book
like

9 / 10 2 reviews
Let yourself be captivated by the historic city of Naples on this free walking tour. Discover ancient castles, picturesque piazzas and impressive churches.
Free!
Book