The history of Naples could be seen as the history of Europe. After first establishing colonies on the islands as early as the 2nd millennium BCE, the first Greek settlement on mainland Italy was founded in around the 8th century BCE: a city called Cumae.

As it grew, Cumae was renamed as Neapolis, or "new city", becoming one of Ancient Greece's strongest colonies and an important cultural hub. Even when taken over by the Romans, who used the city as a resort, it retained its Hellenistic culture, and attracted famous historical figures like the poet Virgil. In 79 AD, one of the most devastating volcanic eruptions of all time took place: Mount Vesuvius destroyed the nearby city of Pompeii.

For several centuries the city flourished as the Duchy of Naples under native dukes, until the 1100s, when the Normans arrived in southern Italy. Naples was subsequently passed from empire to empire throughout the Middle Ages: it remained prosperous during Norman control in 12th century; a German emperor ruled for brief period and oversaw the founding of Naples University in 1224, and in 1265 it was conquered by the French Angevins, who built the majestic Castel Nuovo.

After almost two centuries of French rule, it was the turn of the Spanish Empire to take control. Naples thrived thanks to Spain's great colonial wealth, becoming the largest city in Europe, with a population of around 300,000 people, and a paradise for Baroque art and architecture.

Despite being devastated by plague in 1656 and suffering discontent due to high taxes and economic depression, Naples continued to prosper, later falling into the hands of the Bourbons under whom iconic monuments like the Real Teatro di San Carlo and the Reggia di Caserta palace were constructed.

From 1734, Sicily, Naples and the rest of Southern Italy became an independent and prospering kingdom again until the 1790s, when, like the rest of Europe, Italy felt the affect of the French Revolution. In 1799 Napoleon's army reached Naples, creating the short-lived Parthenopean Republic. The 1800s saw revolutions and returns to monarchy under the Kingdom of the Two Sicilies, but when Italy was unified in 1860 the people of Naples voted to join the country, and so the Kingdom of Italy was founded in 1861.

Following the unification of Italy, Naples lost much of the importance that it had once held. A cholera epidemic and industrialisation inspired modernising reforms in the late 19th century, however, the events of the early 20th century would take their toll: World War I, the rise of Fascism in Italy and the Great Depression of the 1930s hit the city greatly.

In World War II, Naples was the first Italian city to rise up against Nazi military occupation, and was successfully liberated of the invading German forces. Despite the popular uprising, the city suffered heavy bombing and recovery was long and slow, not helped by another eruption of Mount Vesuvius in 1944.

Throughout the 20th century, Naples had problems with high unemployment and deep-rooted organised crime, with further destruction caused by a massive earthquake in 1980. However, in recent decades, the city has been completely regenerated and today is a thriving hub of culture and history, with any number of spectacular monuments to show for its legendary past. 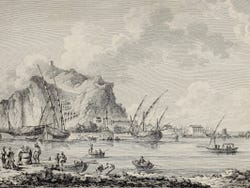 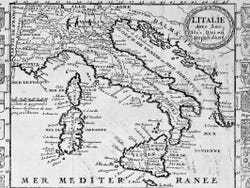 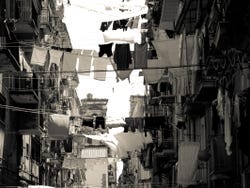 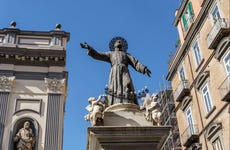