Throughout its history, Mount Vesuvius has erupted on numerous occasions and it remains an active volcano. Due to its location in an area with more than three million inhabitants, it is considered one of the most dangerous volcanoes in the world.

Vesuvius' most famous eruption took place in the year 79 AD, when it destroyed the Ancient Roman cities of Pompeii and Herculaneum, burying them and their citizens alive under more than twenty feet of volcanic ash, rock and lava.

Following the eruption in the 1st century, there have been periods of inactivity and periods of almost continuous volcanic activity, with 22 relatively severe eruptions between 1660 and 1944!

While there haven't been any eruptions since 1944, emergency plans are in place for lava to appear at the least expected moment... do you dare to visit?

What they don't tell you

Everyone's heard of Mount Vesuvius, but the best way to get to know this infamous volcano is to visit it yourself. You can hike to the peak of the volcano, learning all about its eruptions along the way and admiring the unparalleled views of the Bay of Naples from its privileged vantage point on this Day Trip to Mount Vesuvius, which includes hotel pick up and an English speaking guide.

If you'd like to combine your volcanic visit with a tour of one of the cities it destroyed, check out our Pompeii and Vesuvius Day Trip. 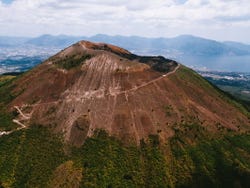 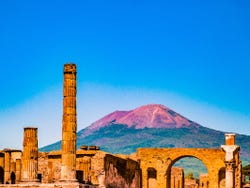