Would you like to visit the underground of Naples? On this tour, we'll discover a hidden side of this city by venturing underground to learn about the exciting history of the tunnels and wells that lie beneath the surface of the Spanish quarter. 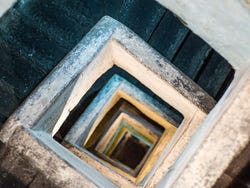 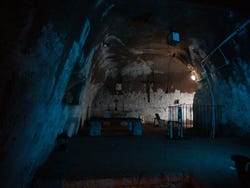 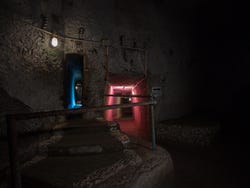 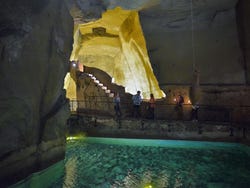 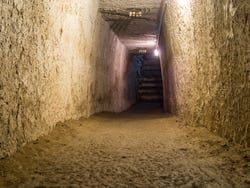 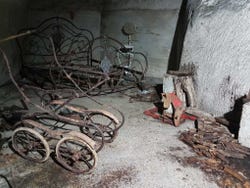 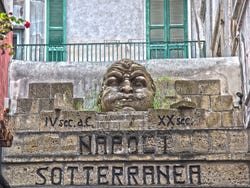 At the selected time, we'll meet at Vico Sant'Anna di Palazzo to start this tour of underground Naples. Are you ready to take a trip back in time?

We'll access the underground of the capital of Campania through stairs that'll take us over 40 meters deep. Inside we'll find a labyrinth of tunnels and cisterns dating back more than 2,400 years, from the Greco-Roman period!

This is a completely unknown side of Naples, a hidden and silent underground city that was even used as an air-raid shelter during the Second World War.

As we walk through the depths of Naples, we'll uncover many mysteries and legends related to these tunnels that once served to supply water to the city. During the visit, we'll also see antique pieces of furniture and many items from the 19th century, as the subway tunnels were also used as a dumping ground.

After one hour of exploring, we'll return to the surface and end the tour in Via Chiaia, very close to the starting point.

It is compulsory to display a complete Covid vaccination certificate or a negative PCR or antigen test performed up to 48 hours before. The vaccine must be accepted in the country of activity. Show more

A safe distance of one metre between clients will be maintained whenever possible.

The use of masks is obligatory. The client must bring their own mask.

All those running the service (guide, driver etc...) will wear a mask throughout its duration.

Showing your voucher on your phone will be enough, and it is not necessary to print anything.

The activity takes place with a guide that speaks in English.

All services published on Civitatis are carried out in accordance with our Sustainability Code. Specifically, this activity applies the following practices: Show more

No single-use plastics are used.

The activity helps the dissemination of local cultural heritage.

US$ 13.60
No hidden fees or surcharges
Free cancellation up to 24 hours before the service starts
Book

Where does the activity end?

Where does the activity end?

9.40 / 10 300 reviews
Legendary stories of Ancient Greeks and Romans await you on this free walking tour of Naples Old Town. Explore the city's most historic streets!
Free!
Book
like

8.90 / 10 452 reviews
Rural landscapes, dreamy beaches and stunning cliffs... discover Sorrento and the Amalfi Coast, and allow yourself to be seduced by one of the most beautiful areas of the Mediterranean.
US$ 96.10
Book
like

8.50 / 10 724 reviews
Lava and ash petrified the citizens of Pompeii, leaving them as a perfect record. Get to know it on this excursion which climbs the volcano itself
US$ 101.80
Book