The museum at a glance

Originally built as army barracks in the 16th century and converted to a museum in the 19th century, the National Archaeological Museum of Naples is spread across four floors and showcases a huge collection of Greek and Roman antiquities as well as pieces from Ancient Egypt.

On the lower ground floor, the Egyptian Collection contains over 2,500 pieces, making it one of the largest of its kind in Italy. The ground floor is home to one of museum highlights: the Farnese Collection. One of the most important artistic collections from Greco-Roman Antiquity, this exhibition includes perfectly-preserved classic sculpture and objects recovered from the villas of ancient Rome.

The upper floors showcase artefacts from the ruined cities of Pompeii and Herculaneum, including mosaics and bronze sculptures that survived the eruption of Vesuvius, as well as domestic objects like coins. A scale model of Pompeii allows visitors to witness the sheer extent of devastation caused by the infamous volcano.

The National Archaeological Museum plays an important role in the archaeological heritage of Naples and Italy as a whole, and its diverse exhibitions are full of fascinating artefacts, making it an entertaining visit for most travellers to the city. It provides an excellent complement to day trips to Vesuvius, Pompeii and Herculaneum, allowing for in-depth insight into daily life in antiquity. 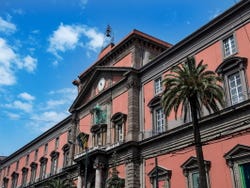 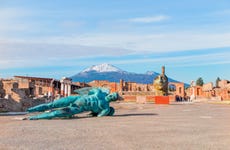